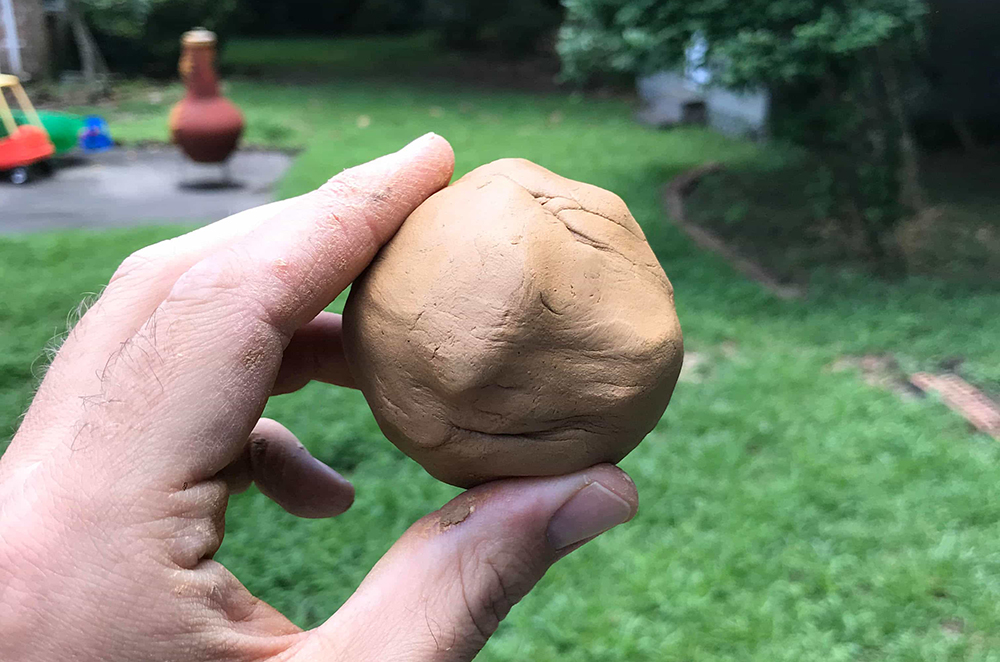 An adventure in primitive pottery

Have you ever thought about what you would do if you found yourself in a world without electricity?

I’ve been wondering about this ever since I was a teenager. The question occurred to me while reading Mostly Harmless by Douglas Adams. The hero finds himself stranded on a primitive planet and realizes that despite all of his modern sensibilities, he has zero survival skills. Eventually, he identifies something he’s good at and settles on the honorable profession of village sandwich-maker.

While that story isn’t exactly post-apocalyptic, the scenario is the same – when the lights go out for good, how are you going to be a valuable member of your tribe? It’s almost certain that the cannibalistic clans that emerge from the chaos won’t need insurance salesmen, Realtors, or graphic designers. We’ll be the first to go. I’m not worried though, because last year I figured out what my new profession will be.

My First Taste of the Dirt

Some 15 years ago, I worked at a summer camp in North Carolina. Despite having no previous pottery experience, I found myself in charge of the ceramics hut. Pretty quickly I learned how to work with clay and I quickly fell in love with the craft.

While I loved that summer, pottery is not a hobby I’ve kept up over the years. I got distracted by my new profession: graphic design.

Fast forward to our family vacation at the lake last summer. I watched as my kids played in the water and kicked up muddy clay from the lake bottom. A family friend casually mentioned that when she was a kid, she used that same clay to form small cups and bowls, simply sitting them in the sun to harden. It was a lightbulb moment. Even though I’d seen this same cloudy clay-water dozens of times, I never realized that it was the same basic stuff that potters use every day.

Armed with a shovel and under the gaze of many an odd stare, I dug up a bunch of mud and brought it home. Over the next couple of months, I researched the best way to strain this bucket of muck into usable clay. It took many tries. Eventually, I ended up with my first baseball-sized lump of clay. This was – no fooling – one of my proudest moments ever.

The next puzzle was how to fire the clay without a kiln. I settled on the ancient technique of the pit fire. It’s the same method primitive peoples used. Basically, you dig a hole, insert your greenware (dried creation) and light a fire over it. My friend Ken, a real-life and ridiculously talented potter, pointed out that I could use my chimenea instead of a pit. So thanks to Ken, Google, YouTube and the weird chimenea that conveyed with my house, I successfully “pit” fired my first self-harvested clay. I couldn’t believe it.

OK, so I had figured out the process, but what was I going to do with 10 pounds of clay? I needed something to justify the dozens of hours I’d spent on this project. This wasn’t as easy as it sounds because pit-fired pottery is not “food safe”. Luckily, my neighbor had her yearly candle-pouring party coming up (just in time for Christmas). Candles would make a great gift!

I turned the clay into 20 hand-sized bowls, fired them and then poured the candles. My wife decided to knit washcloths to go with each package. Then our kids created bookmarks that we added to our gift packages. (What can I say, we’re a creative family!)

It’s empowering to know that even without my precious computer, I can be resourceful and make practical art. And like I said at the beginning, when the lights go out and the world descends into another dark age, I’ll have a skill to help feed my family and justify my existence in the village. If you’re still around then, swing by my pottery hut and we’ll swap goods.

What will your survival skill be?

← Explainer Videos: From Complex to Clear My Best Year Ever →